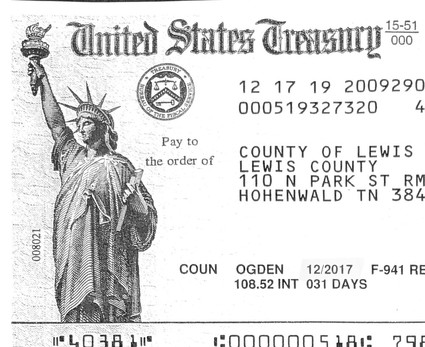 A tax attorney hired by Lewis County Government was successful in recovering a portion of funds Lewis County paid in penalties and interest to the Internal Revenue Service late last year. And the proof arrived in the mail Monday in the form of two checks.

The refund received this week may relieve some stress over Lewis County's General Fund which is $537,876.02 less than it was one year ago.