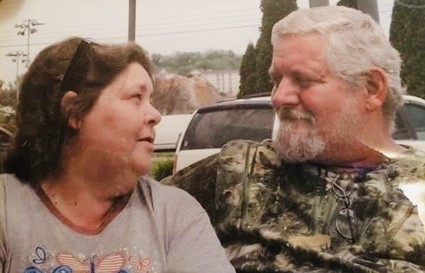 Libby was born in Owosso, Michigan on January 27, 1963 to Carol (Berger) LaFond. She was preceded in death by her grandmother, Virginia McKay and her stepfather, David Lafond.

Libby was considered a homemaker, but spent all her time being a community activist. Her mother said that this passion for helping others started at a very young age. Mrs. McKay could be ill, but would still pull herself out of bed and hand out food and commodities to the communities in need. She had the biggest heart and would often take in lost boys and girls and help them get on their feet. They were very much a part of her family. Libby was the glue that held the family together. She loved her family more than anything and will be missed by so many.

She would often help with fundraisers for the junior pro teams and was even a softball coach and girl scout leader at one point.

In her downtime, she enjoyed diamond art painting, working with ceramics or just diving into new art and craft projects. During Oktoberfest in Hohenwald, she could be seen selling her delicious breads and candies to Lewis County citizens. When she wasn't helping in the community or crafting, she would enjoy a road trip to Tunica or boarding a ship and heading out on a cruise. She enjoyed life to the fullest.

Along with her mother and husband, Mrs. McKay is survived by her daughters, Teea Shore, Brandy McKay and Debra Stachulski; her son, Dennis McKay Jr.; 10 grandchildren and several adopted grandchildren.

A memorial service was held January 15, 2020 in the chapel of Adair Funeral and Cremation Services with Bert Spann officiating.

In lieu of flowers, the family requested donations may be made at the Bank of Lewis County.