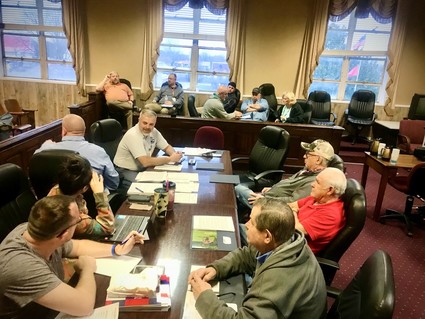 Mayor Jonah Keltner speaks to members of the audience during a meeting of the Solid Waste Committee, seated at the table, Monday at Lewis County Courthouse. Members of the Public Safety Committee, in the jury box, also discussed ways to alleviate budget shortfalls at the Lewis County Transfer Station. Fee compromises proposed by the mayor did not find sponsorship and community members offered possible solutions during the meetings.

The resolution proposed to increase rates for Commercial Solid Waste beginning April 1, 2020 to the "Proposed Quarterl...