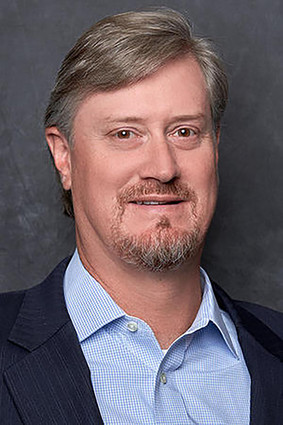 Lee Burklow was named Mr. Baseball by the Nashville Old Timers Baseball Association. It is the group's top honor and was presented to Burklow at the 82nd annual banquet held January 14,

Burklow, a Hohenwald native, was a star at Lewis County High School and Freed Hardeman University. He was inducted into the Freed Hardeman Athletic Hall of Fame in 2008.

Burklow took over as president of Crieve Hall Youth Athletic Association of Nashville in 2010. Under his leadership, the 56 year old organization has grown from 285 participants to over 850. In addition, the organization has raised and spent over $150,000 on improvements to the facility and the fields.

In 2008, Burklow helped create M.A.D. Mavericks travel organization. It is now home to 22 teams from ages 7 to 17. Burklow now spearheads this organization and it has become one of the largest

and most successful travel organizations in the state of Tennessee.

Burklow has coached teams in this organization from its inception. His teams have won 10 Tennessee State Championships and three World Series, his latest in 2018.

Lee Burklow and his wife, Cayce, have four children: Bo (16), Frences (13), Gray (11), and Ty (9). Burklow has been a first vice president with Morgan Stanley in Nashville for 22 years and is co-owner of Safe Storage of Tennessee.