"Murder hornets" have now entered the U.S. - and they could decimate the honeybee population 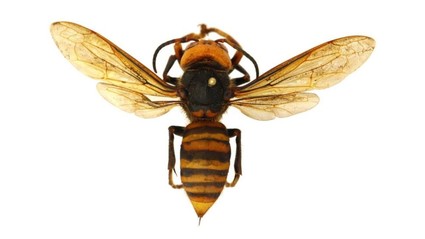 A roughly 2-inch long insect known as the "murder hornet" has made its way to the U.S. for the first time ever, researchers said. The Asian giant hornet, Vespa mandarinia, has been known to kill up to 50 people a year in Japan, according to The New York Times, and has the potential to devastate U.S. bee populations, which have already been declining.

Susan Cobey, bee breeder with Washington State University's Department of Entomology, told WSU Insider that the hornets are "like something out of a monster cartoon with this huge yellow-orange face."