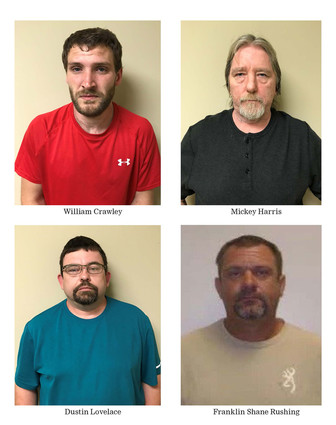 After an exhaustive investigation that spanned more than six years, Special Agents with the Tennessee Bureau of Investigation have arrested four individuals in a 2013 murder in Decatur County, including a man previously indicted in the crime.

Agents and law enforcement officers in two states served the four men with arrest warrants charging them in the murder of John Wesley Conway, 28, of Decaturville. The Decatur County Grand Jury returned indictments in May of 2019. However, they are just now being unsealed due to the highly sensitive and complex nature of the investigation. The indic...