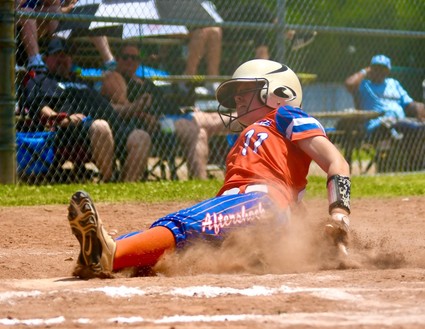 Just one week after the overwhelmingly successful June Jam, AYSA Tournament Director Jason Baskins used Memorial Park as one of the two sites for the AYSA June Challenge Fastpitch Softball Tournament on Saturday, June 13th. The June Jam brought nearly 1,000 players, coaches, officials, and spectators to Hohenwald, and the crowd began to roll in early Saturday and parking was scarce throughout the morning and early afternoon with 23 teams in 4 divisions in tournament play that began at 8:00 in the morning. According to County Mayor Jonah Keltner, the AYSA officials rented all four fields for...