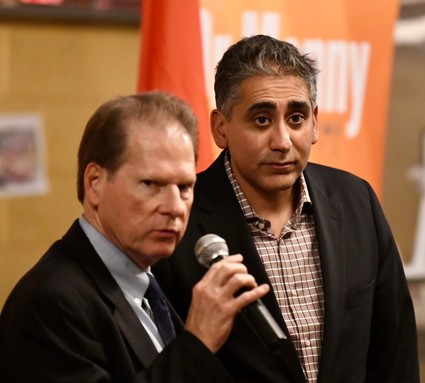 State Senator Dr. Joey Hensley moderated questions from the audience at Lewis & Clarke's Restaurant on Maple Street, following comments by Dr. Manny who seeks the U. S. Senate seat of Lamar Alexander. Alexander is retiring after this term, a position he has held since 2003.

Senator Hensley introduced Dr. Manny as an outsider who was the right man for the job, someone who was not a political insider.