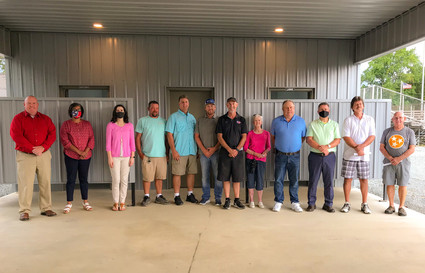 While attendance at Lewis County's Memorial Park has been less this year, due mainly to the Coronavirus pandemic's effect on youth sports, the facility, just north of the court house, has seen significant upgrades completed during the summer.

The razing of a 1950s or 60s era pavilion last year, made room for new restrooms and a new pavilion, just inside the Smith Street entrance, adjacent to the Girl Scout building.

A joint effort of the Park Board, Lewis County Government and the City of Hohenwald with additional grant funding from the state of Tennessee Health Department, the project was...