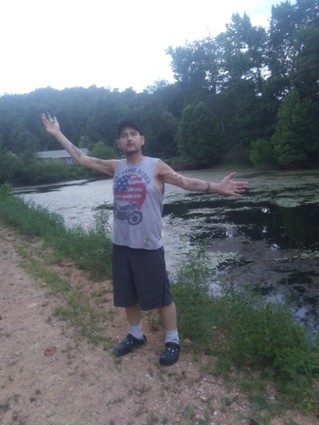 Roger Renee Logston, aka "Batman", age 41, passed away on August 12, 2020 at his Hohenwald home surrounded by family.

Roger was born in Decatur, Alabama on December 5, 1978 to the late Roger and Robin (Kirby) Logston.

Along with his parents, he was preceded in death by his grandparents; a brother, John Paul Logston; and step-daughter, Malan Cheyenne Farnham.

Mr. Logston enjoyed spending time outside fishing and doing woodworking. He could often be found working on his favorite truck, a 1992 Chevy that he had given the name Ray. Even during days he was not feeling well, it was always h...