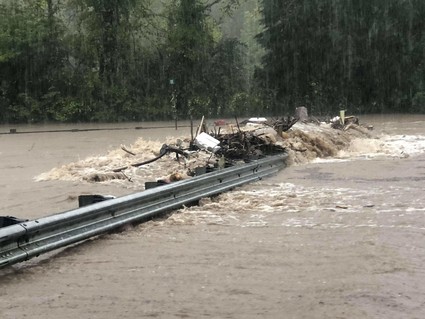 A storm ripped through the local area dumping from five to ten inches of rain in areas of Lewis and surrounding counties.

More than 20 people were rescued in neighboring Maury County when just under 10 inches of rain fell in the southern portion of the county. About six inches fell in a short time period.

TDOT crews also were out putting warning signs on m...