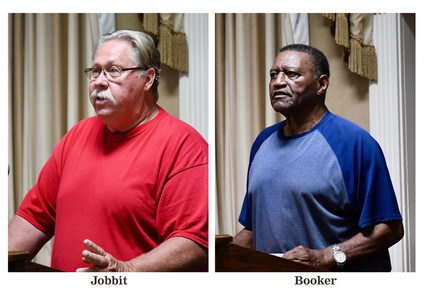 The County Commission met on Monday, Oct. 19 to discuss several orders of business. The first item on the agenda was to appoint a new commissioner in lieu of Mrs. Connie Sharp's withdrawal from her seat.

There were two men who vied for her seat on the commission: John Booker, who had once been a county commissioner for eight years, and Doug Jobbitt, who ran for commissioner once before.

The men drew numbers to determine who would speak first. While one candidate spoke, the other went out of the courtroom until it was his turn.