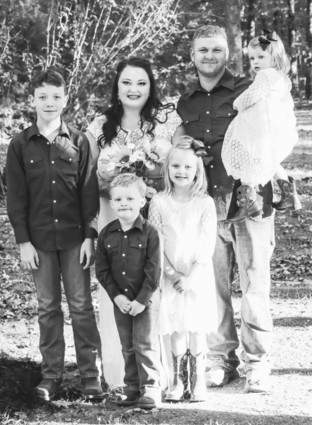 Karley and Ricky Hull with their children; Braxton, Brixlyn, Brayson and Bristol.

Karley King and Ricky Hull joined hands as one, on their 10 year anniversary of dating.

On October 17, 2020, Karley walked down the aisle to join hands with Ricky, waiting for her at the foot of her grandparents' event gazebo on Kimmins.

Eric King and Denise Runions are the bride's parents. Her grandparents are Carolyn Haymons, Bud Runions, the late Henry King, and the late Billy and Joyce Sharp.