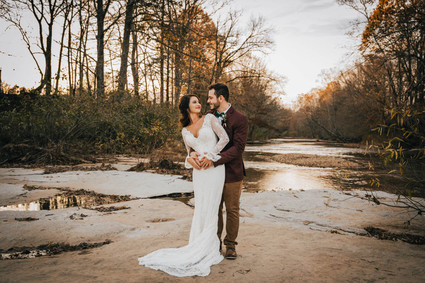 Camryn's Place was abuzz with life and laughter over the weekend as friends and family gathered together to honor Mr. and Mrs. Michael Greene.

Colyn Hinson met her groom, Michael Greene, at the end of the aisle where the two became one on November 14, 2020.

The bride's parents are Kevin and Kelly Hinson. Her grandparents are Betty and Porky Dye, and Jo Brewer.

The groom's parents are Sharon and Jason Greene. His grandparents are Marilyn and Sam Baker and Rita Greene, Dale and Joyce Greene.

Camryn's Place at Cane Creek, owned by the bride's parents, was built in memory of their granddaughter...