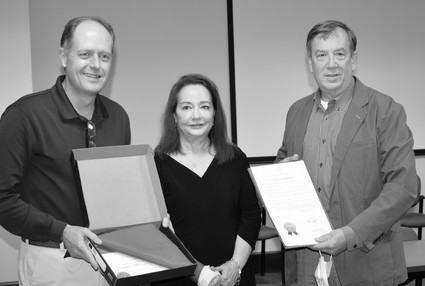 State Representative Sam Whitson, right, presented Vanessa Bryan with a proclamation from the House in appreciation of her years of service as Public Defender for the 21st Judicial District. Sen. Jack Johnson presented her with a Tennessee state flag.

She joined the Public Defender's office as an assistant public defender when the conference was created in 1989. She was elected to her first eight-year term as Public Defender in 2006 and was re-elected in 2014.

A retirement event was held in her honor on October 29 in the historic Williamson County Courthouse Community Room, which, in its past, was the General Sessions...