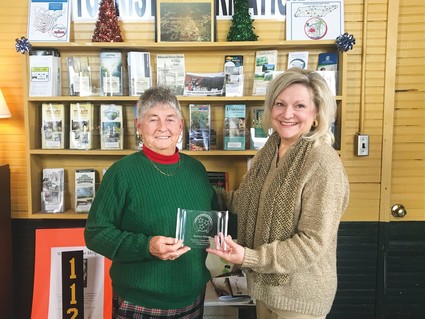 Barbara Hinson was awarded on behalf of the Tennessee Governors Volunteer Star Award Committee on Tuesday, December 29 for her years of service to our community.

Hinson worked as an educator for 42 years before retiring from her role as Elementary School Principal at Lewis County Schools in 2008. Barbara has been instrumental in so many groups around Hohenwald, including being a charter member of the Pilot Club. In addition, Barbara continues to help with the Lewis County Historical Society, the Special Olympics, and helps keep Hohenwald beautiful by donating her time to various clean-up...