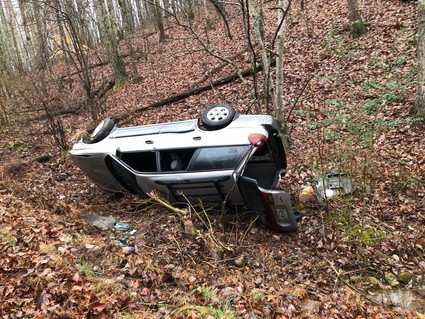 A young couple new to Lewis County found out how hazardous some of the local roadways can be early Friday, January 23.

The driver, Jacob Thomas Eagan, 24, and his wife had just left their home around 7:30 a.m. when they lost control of their 1999 Subaru while driving south towards Hohenwald in the 200 block of Goodman Branch. Eagan said that he just barely got his back tire off the pavement in one of the curves. This caused him to over-correct and roll off into the ditch. Both occupants crawled out the windows.