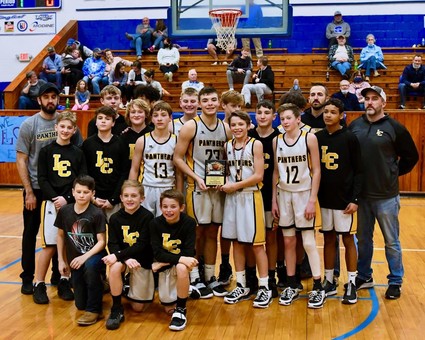 The Lewis County Middle School Panthers basketball team hosted the E.O Coffman Panthers in the semi-final round of the 2021 TMSAA Southern Area Tournament on Thursday, January 28, 2021.

This was the third meeting between Lewis County and Coffman on the season, and the second in a week.

The first quarter was a back-and-forth battle between the #1 seeded Panthers and the #3 seed Coffman, as each team put 10 on the board in the quarter, and the Panthers' Drew Ray hit 2 big 3-point baskets to fuel the period.

The Panthers opened up a lead in the second quarter as Steele Moseley knocked down a...