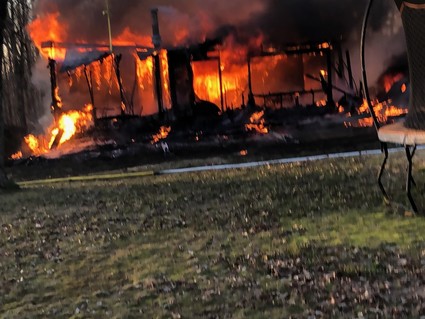 Justin Christman and Destyni Majors were able to escape with only the clothes on their back.

Firemen worked for two hours fighting the blaze but were unable to save the structure. Christman said, "I heard a noise and thought it was Destyni. When I went up the stairs to look for her, I found the house was on fire!"