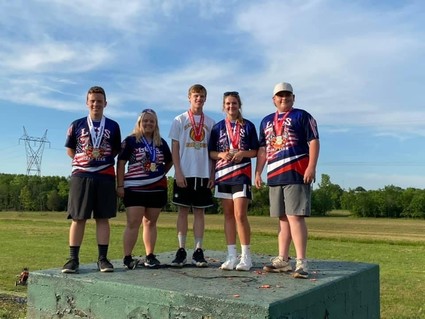 The pop of gunfire could be heard from miles around the Nashville Gun Club last weekend as kids from across the state gathered to compete in the Scholastic Clay Target Program's Regional Competition.

There were three disciplines the students can shoot in at Regionals: trap, skeet, and sporting clays. Lewis County had 19 students shoot their shot in the trap competition. In trap, the athletes shoot at clay targets launched by a single machine, traveling away from them. Five athletes line up, and shoot in succession until reaching the fifth shooter and then the team rotates, giving each athle...