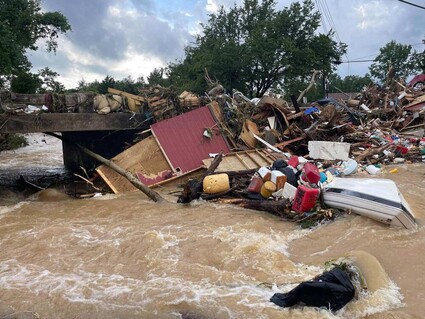 Debris is piled up in the aftermath of the severe flooding in Waverly, Tennessee, area on Aug. 21, 2021. (Photo/Hardin County, Tennessee, Fire Department)

The death toll continued to rise in Middle Tennessee on Sunday as rescue efforts and cleanup operations continued after a historic rainfall event caused devastating flooding on Saturday.

As intense and relentless downpours persisted throughout much of the day on Saturday, homes were destroyed and roads were washed out, according to The Associated Press (AP). At least 22 deaths have been reported according to the AP, while dozens remain missing.