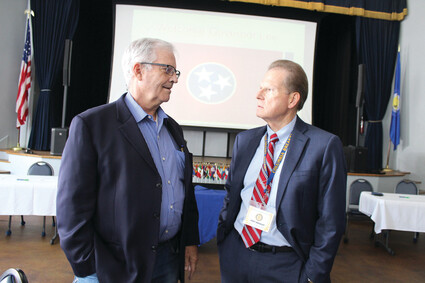 Asgard Brewing Co. is interested in building a brewery in Hohenwald, according to the founder and CEO of the business at a Duck River bridge.

Asgard's Dr. Stephen Porter also announced expansion of the brewery at 104 E. 5th St. to include larger accommodations across the street for food truck patrons at band concerts.

In the Memorial Building on West 7th Street, Porter mentioned the area between Hohenwald and the several wineries at the Maury County line. Porter said property offers were reviewed a few years ago. He still wants to expand.

An historic building would also be suitable if Asgar...