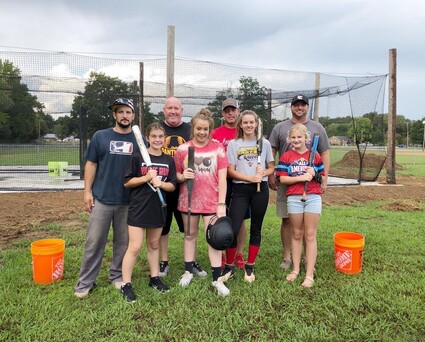 Over the weekend, the two new batting cages at Memorial Park were officially opened up for public use. Pictured above, after taking batting practice, are, from left, Brett and Makaela Dodson, Jonah and Kinlee Keltner, Stephen and Clara Tanner, and Jeremy and Kabry Adkins.

According to Mayor Keltner, "This large project, which cost around $25,000 and added a lot of valuable infrastructure to our park, was accomplished through a successful public-private partnership that featured several key contributors."

The batting cages were inspired by a local resident and businessman who also generously funded the entire project, but has wished to remain anonymous. Jason Graves and his awesome crew of linemen at MLEC genero...