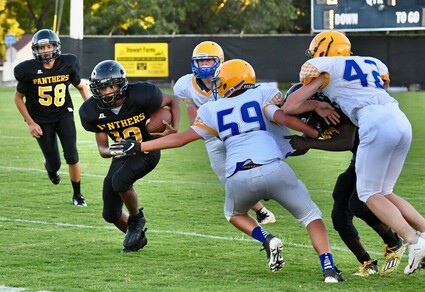 Following the Homecoming festivities, the two teams played tough defense, exchanging possessions early on. It was Lewis County that struck first late in the first quarter. With under :15 seconds remaining in the opening quarter, Micah Godfrey broke free on a 36-yard run to the endzone, and Drew Ray added the two-point run to make the score 8-0 at the end of the first.

Late in the second quarter it would be Godfrey again,...