Panthers win in first round of playoffs 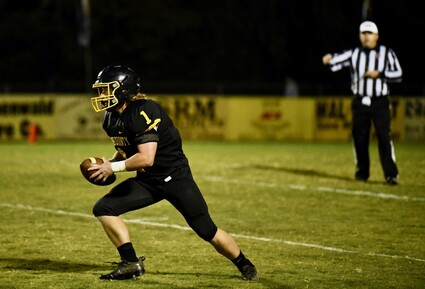 The Lewis County High School Panthers opened up the TSSAA football playoffs on Friday night, November 5, 2021 hosting the Region 5AA Cascade Champions in the first round. The Panthers finished #2 in Region 6AA with a 7-3 overall record and a 4-1 record in region play.

Coming off a tough loss to Decatur County-Riverside to decide the Region Champion a week ago, the Panthers wasted little time getting the offense rolling. Barely two minutes into the opening quarter, Lewis County's Blake Carroll sprung free on a 32-yard touchdown run and Bryson McDonald ran in the conversion run to stake the Panthers to an 8-0 lead early in the contest.

The Champions would strike back after the start of the second quarter when Elijah Arnold capped off a scoring drive with a 1-yard run, but the conversion run was turned away and the Panthers held an 8-6 lead.

Only a few seconds after Cascade found the endzone, Blake Carroll broke free once more. This time, Carroll sprinted past the Cascade defense on his way to a 59-yard touchdown run and he added the point after kick to give the Panthers a 15-6 lead.

The Panthers would hit again less than 3-minutes later when Blake Carroll took it in from ten yards out to finish a drive to the endzone, and he added the PAT once more to extend the lead to 22-6. The Champions would find the endzone again before the half when quarterback Ryan Inmon connected on a 27-yard pass to Damien Byford for a touchdown, but the conversion run again failed and Lewis County led Cascade 22-12 at the half.

The two teams played a scoreless third quarter, but the fireworks returned in the fourth. With the Champions driving to the endzone, Dyer Barnes snatched an Inmon pass out of the air in the endzone and sprinted the length of the field for a 100-yard interception return for a pick-six. Carroll added the point after, and the panthers led 29-12. The Panthers would tack on more on their next possession when Bryson McDonald found Maddox Kellogg on a 16-yard touchdown pass, and Carroll's point after kick was good to make it a 36-12 game. Cascade would add on a late touchdown on a pass from Inmon to Hayden Dowell for 13 yards and again fail on the conversion run, and Lewis County would take the first-round win 36-18.

Blake Carroll had a monster game for the Panthers, amassing 177 yards on 15 carries with 3 touchdowns, Lincoln Brewer added 33 yards on 7 carries, Kael Feichtinger 16 yards on 5 carries, and Bryson McDonald 1 carry for 1 yard. Bryson McDonald connected on his lone pass attempt, a 16-yard touchdown to Maddox Kellogg. 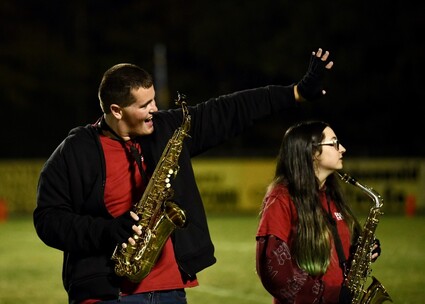