Now part of the other side of the story 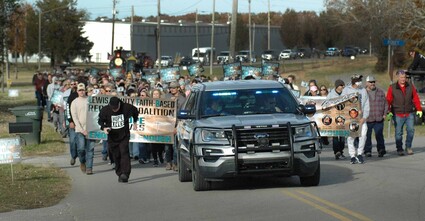 The coalition of organizers of the faith based "Enough Is Enough" March on the afternoon of Sunday the 14th of November promised at least 1,000 people. That was quickly realized as the march made its way down Swan Avenue into Hohenwald around the Court House for a prayer meeting in the town's parking lot. There were 1200 to 1500 marchers who showed up.

The marchers stopped at various locations along Swan Avenue for prayers outside of known or suspected drug houses and buildings. One onlooker said "If you can count close to a thousand people actually walking in the march, imagine what it wo...