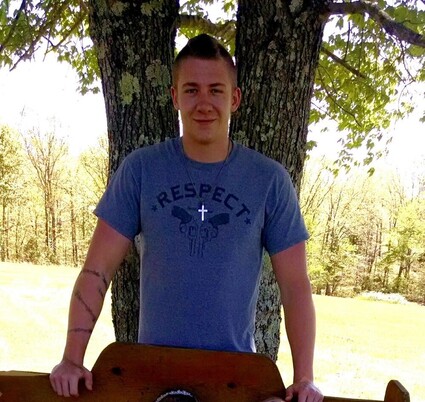 On Monday, January 10, 2022, Tucker Runions left this earthly home for a better one. Tucker was born in Columbia on November 8, 2000, to Derek and Jennie Runions.

He grew up in Hohenwald and attended Lewis County Schools. Tucker played football all through middle and high school for the Panthers. He loved football and would probably be playing to this day if he could. Tucker was loved by everyone who knew him. He was always there to help someone in need and always willing to lend a hand. When he was in high school, he was on his way to prom. While on his way, there were some cows that had gotten out in the road. He pulled over and helped a stranger get them back in all while wearing his tux. It didn't matter who you were, Tucker was there for you. He was also the most well-mannered person around - polite and respectful to everyone. The best thing about Tucker was his love for his friends and family. He never left somewhere without telling you he loved you. Tucker loved his sons with all his heart. Above all, Tucker was a child of God and a follower of Jesus. He loved the Lord and was saved and baptized in October of 2019. Tucker will be remembered as a beloved son, dad, brother, and friend.