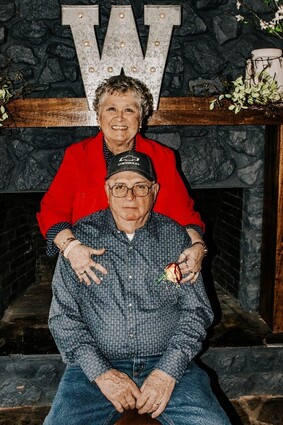 Jackie and Melinda Williams were honored with a celebration on February 19, 2022 for their 50th wedding anniversary. The event was held at Natchez Trace Wilderness Preserve in Hohenwald.

The hosts for the celebration were their children and grandchildren, Michelle Williams, Amy and (Scott) McGowan and Johnny Williams. Their three grandchildren are Gus, Mae and Maddox.

Jackie and Melinda were married February 19, 1972 in Hohenwald, Tennessee.

The couple also renewed their vows with the ceremony directed by Jackie's brother, Elvis Williams. Jackie and Melinda want to thank all the friends...