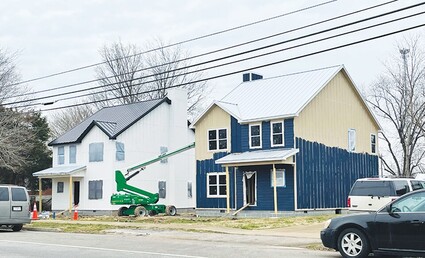 The houses as they currently stand are pictured above

Derrick Graves and his wife Stacey Graves were present for the meeting. Stoney Anthony was not able to attend the meeting due to work in Nashville.