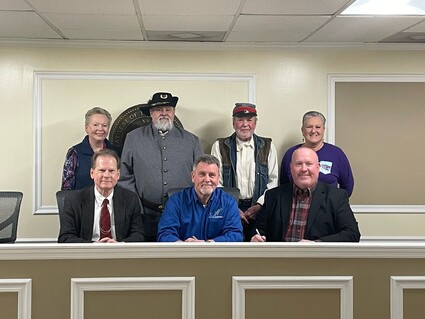 The proclamation read, "April is the month in which the people of the Confederate States of America began and ended a four-year heroic struggle for states' rights, individual freedom, local government control and a determined effort for deeply held beliefs.

"Hohenwald/Lewis County supplied many citizen soldiers and officers who fought for their beliefs in this great struggle.. and has long recognized her Conf...