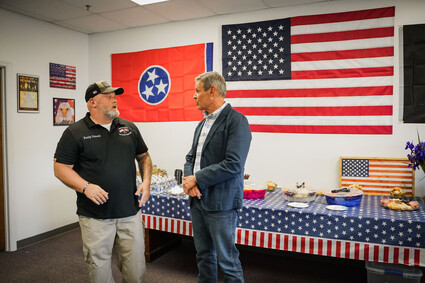 Service Veteran's Officer Randy Duncan was excited to host his ribbon cutting event for the new Veterans Service Office on Wednesday, May 11, 2022. 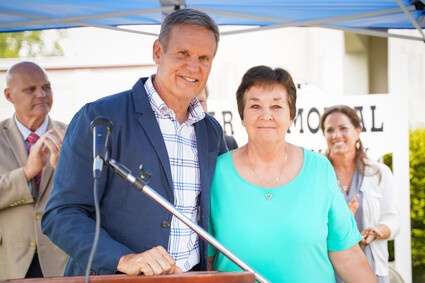 The office is located in the War Memorial Building on Smith Avenue. Governor Bill Lee was also in attendance for the opening and to recognize Connie Brewer and her late husband, Ritchie Brewer who was Lewis County's previous Veterans Service Officer.

Duncan graduated from Lewis County High School in 1992 and enlisted in the Army that November. There he served 21 years as an infantryman, served two tours in Iraq and earned the rank of Sergeant Major First Class.

Governor Lee then went on a tour of Lewis County's Veterans Hall with Judy Runions.