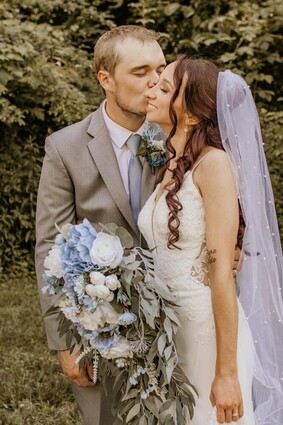 On Friday, June 10, 2022, Alex and Veronica (Sendra) Lawson tied the knot at Firefly Lane in Dickson.

In a wedding that can only be described as a dream come true for Alex and Veronica, friends and family gathered for a beautiful ceremony held outside in "The Garden." Shortly after, a reception was held inside the venue's white and gray, rustic barn with string lights filling the room and a beautiful wood railed balcony. The night ended with a sparkler send-off, and the newlywed couple headed to their hotel in Nashville to begin celebrating their honeymoon.