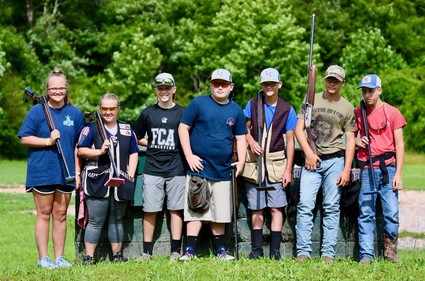 On Tuesday, June 9, the team travelled to Maury County Gun Club to compete in the skeet shooting portion of the Championships. On June 10 and 11, the team travelled to Linden to compete in the trap shooting portion, and on June 14 the sporting clays portion at the Nashville Gun Club. In the events, Lewis County Trap was represented in five classifications: Rookie, In...