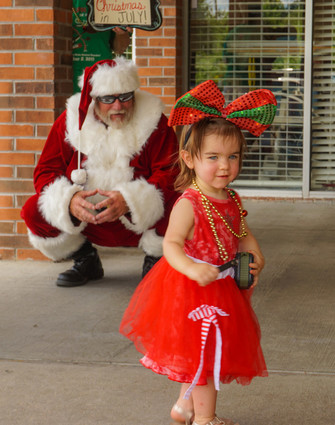 Mabel Anne began her performance on the front porch, playing songs from a portable speaker.

Christmas came early for residents at AHC Lewis County. Barbara Hinson, Annette Peery, Santa (played by Steve Holloway), Mabel Anne and her mom, Ashley Heath, went around spreading joy from window to window. Little Mabel Anne also put on a dance recital for those who sat on the front porch. She was the star of the show, of course.

Peery, Hinson and the Heaths visit the nursing home every Monday. "Ashley comes up with all the themes and started the whole thing. And she's amazing at it," said Hinson. 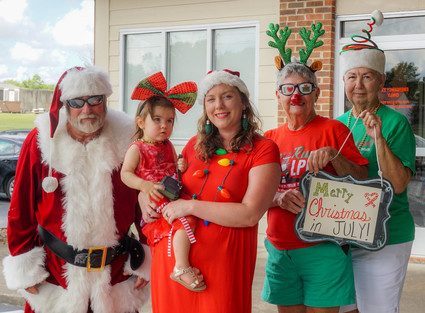