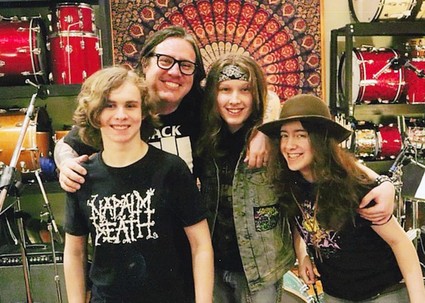 You may recall a band named Dystopian from the Oktoberfest line-up this past year and the amount of talent coming from a group of young teenagers.

Dystopian is excited to announce they have finished recording their first two singles, "Obsidian Dagger" and "Envy the Dead," which will be released within a couple of weeks.

The band recorded at Pentavarit Studio in Berryhill with Engineer Jay Took, who has worked with artists such as Miranda Lambert.

The band plans to record an entire album by the end of the year. You can follow Dystopian on Instagram @dystopianband.