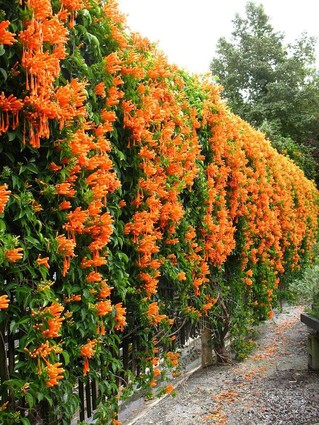 Lonicera sempervirens, commonly called trumpet or coral honeysuckle, is a climbing vine native to the eastern half of the United States. It is a real eye catcher in the garden and widely known to attract butterflies and hummingbirds. Trumpet honeysuckle cultivars can be found that will provide blooms throughout the growing season followed by small, red berries that are eaten by songbirds.

The genus, Lonicera, is named for German botanist, Adam Lonitzer (Lonicer). The species, "sempervirens" means evergreen; however, this on...