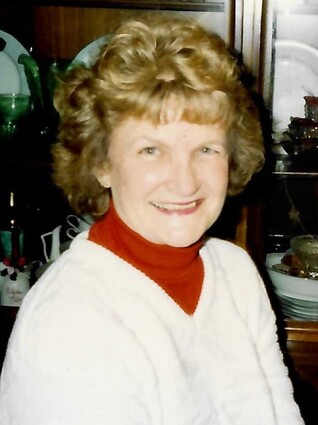 An Order of Eastern Star service and funeral service for Mrs. Williams was conducted Saturday, January 29 at 11:00 a.m. at Oakes and Nichols Funeral Home. Burial followed in Davis Cemetery in Lewis County. The family visited with friends Friday from 4:00 p.m. to 6:00 p.m. at the funeral home.

Born on November 5, 1926 in Lewis County, she was the daughter of the late William Arnold Conner and the late Fannie Winfrey Smith Conner. On June 2, 1946, she married Verna Austin Williams who preceded her in death on July 27, 1979. A retired clerk from Farm Bureau, she loved to travel, enjoyed laughing, dancing, and crafting. Mrs. Williams was a member of Enterprise Methodist Church and a member of the Ethridge Chapter Order of Eastern Star. She held an office in Eastern Star for over 60 years.

In addition to her husband and parents, she was preceded in death by her sisters, Nina Clay, Lydia Floyd, Leo Ellen Fielder, and Faye Pennington.