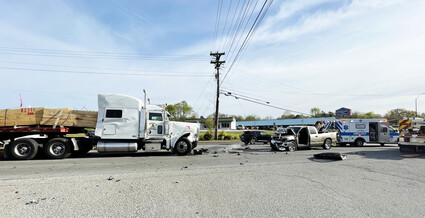 Around 8:10 a.m. on Wednesday, April 20, 2022, the Hohenwald Police Department, Hohenwald Fire Department, and Maury Regional EMS responders were called out to a motor vehicle accident on East Main, at the intersection with Elm Street. 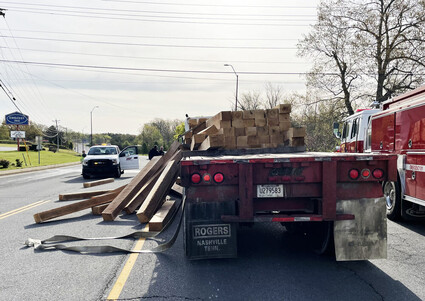 An HPD Officer reported that it appeared the female driver of a gold Dodge Ram pick-up was turning onto Elm Street from Hwy 412, and pulled out in front of an 18-wheeler.

The driver of the 18-wheeler, Dennis Ray, was unable to stop before colliding with the truck. Ray was able to escape the accident with no injuries while the female was Lifeflighted to be treated for her injuries.

HPD was unable to confirm, but a witness on the scene identified the female as Kristi McDaniel.