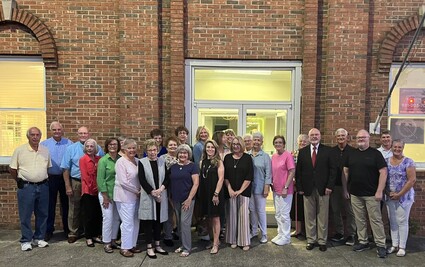 On the evening of August 23 the grand old bank building on the corner of Main and Park Avenue was filled with employees and directors who had once worked there.

The past employees came from First National Bank, First Citizens Bank, Union Planters Bank and Regions Bank. Their tenure spanned some fifty years of banking. Many memories were shared with lots of laughter and even some tears.

The building which has been closed now for many years is much like it was when the last ones worked there. The two story building was built in 1919 and opened for banking business in May 1920. It h...