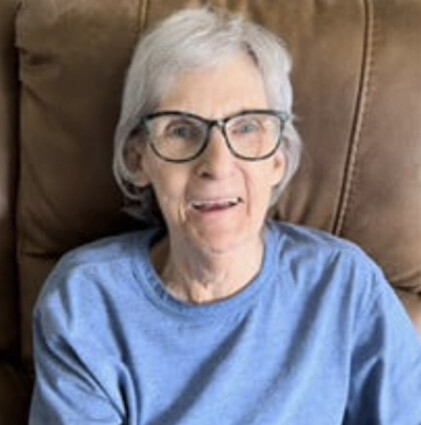 Barbara Jeanette Eglinton, a resident of Catheys Creek in Lewis County, passed from this life on Saturday, September 17, 2022, at the age of 78.

Barbara was born on September 16, 1944, to Jessie James, Jr. and Martha (Whitehead) James, in Hohenwald, Tennessee. Barbara married John Eglinton, Sr. and together they raised their four kids. To say Barbara was a homemaker would be a bit of an understatement as she selflessly invested her time, attention and love into her family throughout her life. Barbara was also a sports fanatic. If you went down to visit with her, it was a given that there would be a ballgame on tv, and it would most likely be Vanderbilt baseball or basketball, Atlanta Braves baseball, or Michigan State basketball. One thing people may not know about Barbara is that she was one of the founding members of Facebook. She could be seen on there 24/7 keeping up to date with family and friends on her social media and treasured her time there. Her true passion came later in life with the births of her grandchildren. Her title then became "Granny Barb" which she was so affectionately called. Above all, Barb was a child of God. She was a member of the Catheys Creek Church of Christ. Today, she is at peace with her Savior. Granny Barb will be remembered forever as someone who would make you laugh and laugh with you, a beloved mother, grandmother, and great-grandmother, and most of all a true friend to all.

Her parents and husband preceded her in death.

The family asks in lieu of flowers that donations be made to St. Jude Childrens Research Hospital.