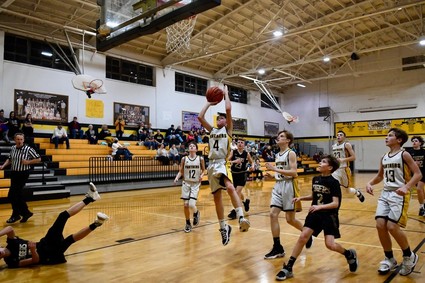 The Panther JV continued with their excellent play on the season as they sprinted out to a 31-15 lead at the half behind Maddox Tanner and Phenix McDonald who each had 7 points in the half. The second half was a slower pace as the Panther JV struggled to knock down open looks and the Eagle JV tightened the game up, but it was the big first-half lead that the Panther JV built that proved to be the difference in the game. The Panther JV took the win at home 40-31 over the Eagle JV.

Jalen Smith had 10 for the Panthers, Maddox Tanner 9, Phenix McDonald 8, Bo Banks and Kolt Skelton 4 each, and Dakota Hull 3.

Aryn Shepherd had 2 and Jazzy Conner 1 for Lewis County. Millie Emerson had 11 for the Lady Eagles, Rylie Blackwood 10, Olivia Woods, Abbie Jo Schaffer, and Maggie Miller 6 each, and Ella Busby and El-lee Lu Mason 4 each. 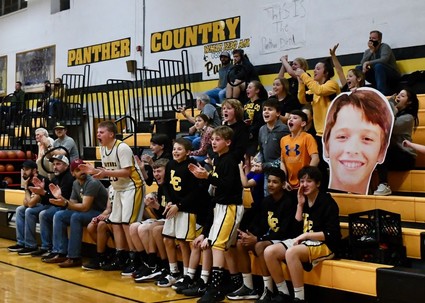 The Panthers took the floor hoping to avenge an early-season loss to the Eagles and pulled out early to a 12-10 lead behind 5 Steele Moseley points. The Eagles countered in the second quarter by outscoring Lewis County 13-3 to build a 23-15 halftime lead. The teams played a tight third quarter as Kurt Burleson scored all 7 Summertown points and the Panthers only managed 6, giving the Eagles a 30-21 edge moving into the final six minutes of play. The Eagles would continue their control as the Panthers searched for an answer that never came, and Summertown took the final 45-29.