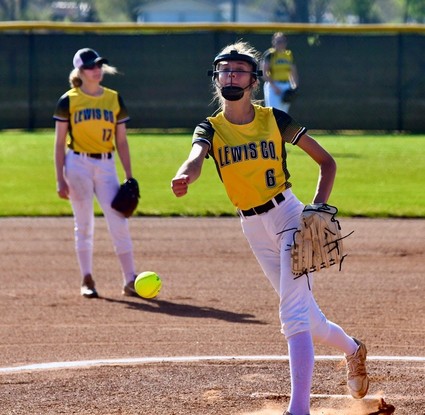 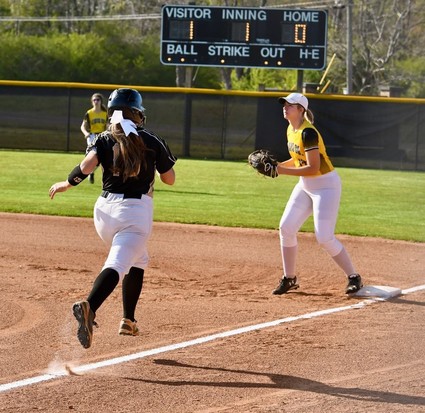 Slade Moseley took the mound to start for the Panthers and worked a scoreless top of the first inning as he worked around a two-out walk. Slade Moseley would draw a two-out walk of his own in the home first and would score as Maddox Cagle delivered a run-scoring double to center to give the Panthers a 1-0 lead after one. The RedHawks would get a leadoff single and move the runner around to score the tying run in the top of the second, and the Panthers would go down in order in the bottom half leaving the score tied at one after two. Moseley would give up a leadoff single, but the runner would be negated by the Panther defense and he would go on to face the minimum in the inning. The Panthers would explode in the bottom of the third inning, sending twelve batters to the plate in the inning. Singles by Levi Thompson and Blake Carroll started the inning, followed by a walk to Sloan Moseley and a single by Slade Moseley, then a one-out walk by Kael Feichtinger. After Feichtinger reached base, Brody Whitlow reached after being hit by a pitch and Lincoln Brewer and Dyer Barnes each reached on a walk. Still batting with one out, Thompson had his second hit of the inning and Carroll hit a sacrifice fly to right to plate a run before the inning ended. The Panthers scored 9 runs on 4 hits, 4 walks, and one hit batter to grab a 10-1 lead heading into the fourth. After a long break, Moseley returned to the mound and got two quick outs before issuing a walk, and the RedHawks capitalized with a run-scoring double to left-center to make the score 10-2. The Panthers would go down in order in the fourth and the lead stood at 8. Moseley would pitch a perfect fifth inning, and the Panther bats would get another shot in the home half of the inning. A one-out single by Brewer and a walk to Barnes would allow Thompson to drive in a run with a single and a fielder's choice by Carroll would bring in the game-ending run with the Panthers taking a 12-2 win.