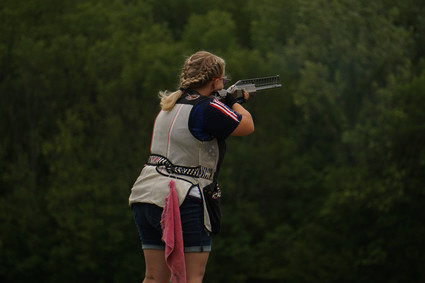 Lewis County's Intermediate/Advanced Trap Squad has proved themselves a force to be reckoned with as they took home the silver medal at this year's SCTP State Championship on June 25, 2021.

The squad consisted of teenagers Trasey Lindsey, Ryan Tanner, Mahaley Bean, Emery Norris and Clay Bean who won first place at the Regionals competition just two weeks earlier. The team scored 453 out of a possible 500 which earned them second place after Zion Christian Academy who had a narrow victory of 461 targets hit.