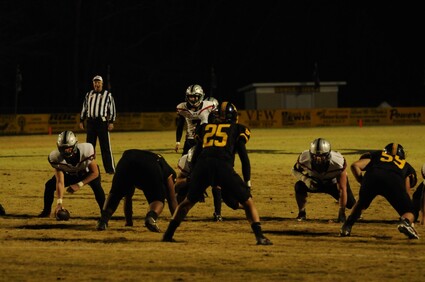 The Lewis County High School Panthers hosted the Adamsville Cardinals in the second round of the TSSAA 2A Football Playoffs at Bobby W. Sharp Stadium on Friday night, November 11. This was the second meeting between the Region 6AA rivals, as the Panthers defeated the Cardinals in Adamsville on September 29 by a score of 47-27.

The game began as a defensive struggle with neither team able to put together and sustain a drive on offense until late in the first quarter when Lewis County took possession and began moving into Card...