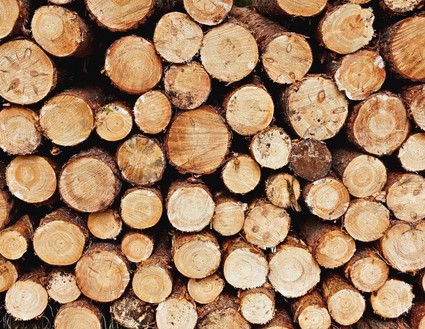 “Give us a little time,” said Commissioner Wendell Kelley in response to Coy Norris who was concerned about his solid waste fees, “We’re new on the scales, we haven’t been running the scale system but a month. So we don’t know yet what kind of revenue that’s going to bring in.”

Some concerned citizens showed up to the Solid Waste Committee meeting on Monday night and expressed that they were unhappy with the residential fee paired with the scale fee during the time allotment for Public Input.

“I pay taxes under Coy Norris, 412 Building Supply and Norris Enterprise, and I get charged again when I go across the scales. I don’t think it’s fair,” said Norris. “All my insurances are under one umbrella so I shouldn’t have to be charged three times [for solid waste].”

As it stands, residents of Lewis County are charged an annual fee of $100 and businesses are charged a quarterly fee based upon their business type and how much garbage was picked up by the city in the past.

This means there is a solid waste fee for each business license, even if more than one business is owned by the same person.

“For these people who have businesses, I’d love to be able to see them go across that scale and pay by weight, nothing else and take the fees off,” said Commissioner Kelley, “I don’t know if that could happen right now because our Solid Waste budget has been down so low that we couldn’t even make our payment to waste haulers to haul our garbage about a month ago.”

Norris was also unhappy with the letter that was sent out to commercial business license holders who had not paid their solid waste fee which said that the recipients’ City garbage services may be cut off.

County Mayor Jonah Keltner explained that particular part of the letter was to give those who owed money an incentive to pay their debt, but admitted that the city mayor had not been consulted before the letters were sent out.

The Committee moved on to other items on the agenda which included Mayor Keltner giving an update on the County’s General Fund which stands at $1.2 million.

The Solid Waste Fund has been brought up to approximately $98,000. The scales brought in $5,234 for the month of October.

The mayor was happy to announce that the total amount due in delinquent fees has dropped from approximately $113,000 in May to $44,055.16 as of November 2nd, the time of the meeting. Without late fees, said Mayor Keltner, the amount would be around thirty thousand.

“Terry Bunch who’s with the Hohenwald Housing Authority asked me to bring this before the committee,” said Mayor Keltner. “They’re doing a lot of remodeling and paying 152 separate Solid Waste Bills.”

After some debate, the Commission decided that following their last meeting where it was decided that the Solid Waste Bills would not be stacked, they would not make an exception for the Housing Authority.

The mayor announced that the Food Bank was having issues with people dumping non-usable items on their property which they carry to the landfill. As such, the Food Bank asked that their pit fee be waived.

The organization is not charged a waste fee as it is run by a church. “There’s a difference between a tax and a fee,” said newly appointed Commissioner Doug Jobbitt. “A non-profit doesn’t pay taxes, but a non-profit pays fees.”

After deliberation, the Committee decided that situation is also one they could not make an exception for.

“I told Mr. Norris that we would address this,” said Commissioner Kelley, “I think we need to make a resolution on the brush.”

Commissioner Kelley then made the motion to make the scale fee for brush be $0.01 per pound, which would be $20 per ton, after you reach the allotedfree 250 pounds per week.

The garbage that goes to the pit is charged $0.03 per pound, but brush would not go to the same location. It gets burned if it is not treated.

When asked by Commissioner Jobbitt, Jason Drum, who is the owner of Drum’s Tree Service, revealed that he had brought in 81.5 tons of brush during the month of October, which would be $1,600 per month at $20 per ton of brush. “There’s no way I can pay that,” said Drum.

“There was almost 241 tons of brush brought in last month and he brought in almost half of it,” said Bradley Loveless, Director of Solid Waste.

The Committee members agreed that something should be charged due to equipment being used to move the brush and to help cover costs that may be needed in the future to repair their machines.

Commissioner Kelley suggested that the resolution be a blanket resolution for things that go into the pit like concrete blocks, which get pushed into a rock pile by dozers.

Loveless suggested that due to the amount of brush and concrete that comes into the landfill, the free allotment of 250 pounds a week be upped to 250 pounds a day, helping businesses like Drum’s Tree Service.

The commissioners put the motion to a vote and it passed with 5 “ayes” and one “no” from Commissioner Larry Hensley. The resolution will be carried over into this month’s Commission meeting.

Do you have questions about your Solid Waste Fees?

If you have questions about your solid waste fees that you'd like answered, send them through the mail to P.O. Box 69, call 931-796-3191, or email [email protected]

I will be meeting with Mayor Keltner, Solid Waste Director Loveless and whoever can answer our questions about Solid Waste.