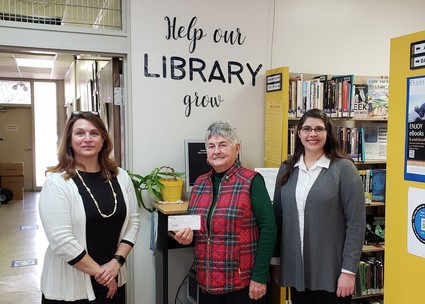 Friends of the Library announced that with recent donations and fundraisers, nearly $100,000 has been secured toward the library expansion project. Kicking off with a small book and beverage sale in October, fundraising efforts began in earnest to pursue this multi-year financial goal. Ending the year with an online silent auction and registering for online donation services such as AmazonSmile, Kroger Community Rewards, and GoFundMe Charity has provided the groundwork for this important addition to Lewis County Public Library and Archives.

"We are very grateful for the support and donation...