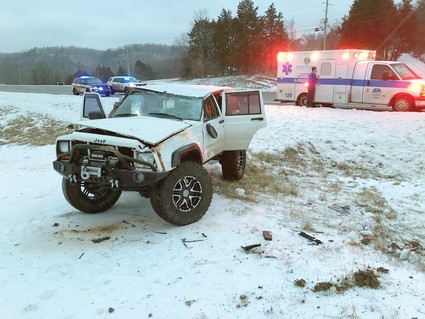 Tyler Horner had been helping a friend with his pick-up Wednesday, February 17, and was headed back to town around 5 p.m. when he hit a patch of black ice on a bridge over Swan Creek.

According to Ternnessee Highway Patrol Trooper Steve Karpati, Horner's 1997 Jeep Cherokee was travelling west on Highway 412 and began to yaw after hitting the ice, causing it to roll.

It came to rest upright across the roadway from Ridgetop Road west intersection. Horner, 21, of Hohenwald, had minor injuries.