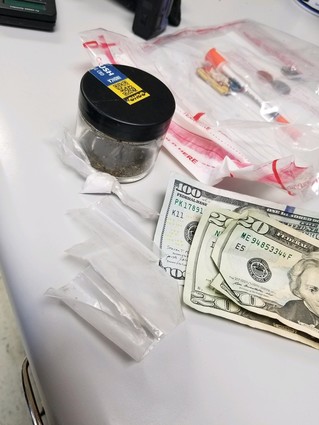 On Wednesday, May 19, 2021, deputies with the Lewis County Sheriff's Department were working criminal interdiction in the south/southeast portion of Lewis County due to complaints of criminal activity in the area.

Lieutenant Brad Lawson spotted a vehicle that had been described as a possible vehicle being driven by a wanted person. The vehicle then began driving aggressively west bound on Howard Switch Road in an attempt to evade Lt. Lawson. Sergeant Todd Webb was west of the location where he was able to identify the driver of the vehicle as the wanted person.