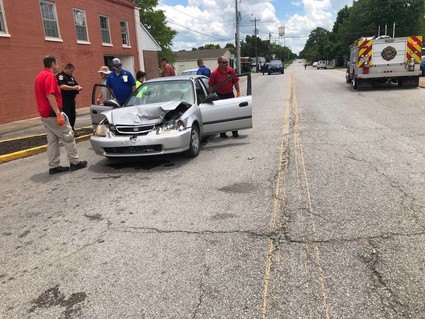 Hohenwald Police Officer Robbie Hooks said he heard the crash after a Honda Civic rear-ended a Buick Enclave at the intersection of South Maple and East Main Friday, June 4, about 1 p.m.

As he approached the vehicles, Hooks said he could see the driver of the Civic shaking. Steven Hatfield of Centerville was travelling north on South Maple when he apparently suffered a seizure and rammed into the Buick stopped at the East Main traffic signal. The Buick received only minor damage and no injuries.

Hatfield and his passenger were both checked, treated and taken to Saint Thomas Hickman Hospit...