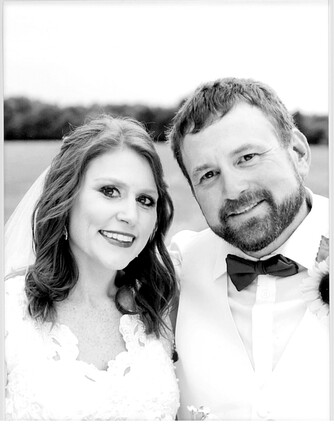 Together with their families, Annalyn and Levi Holt and Macy Gardner are excited to announce the marriage of their parents, Dustin Holt and Danae Hensley Gardner.

Dustin is the son of Martha and Bill Butler of Centerville and the late Jerry Holt of Hohenwald. He is the grandson of the late Sonny and Iva Holt and the late Tiny and Sarah Lynch.

Danae is the daughter of Donnie and Donna Henlsey, the granddaughter of Betty Glenn, Martha and Oscar Reeves, the late Don and Ruby Hensley and the late Alvin Glenn, all of Hohenwald.